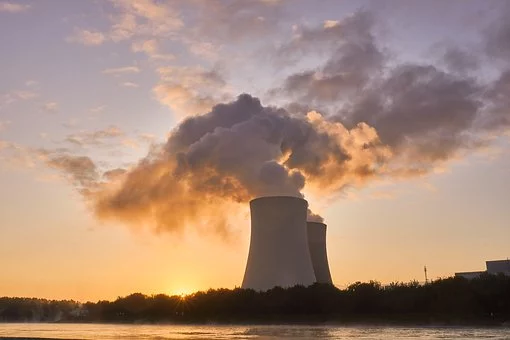 Hi everyone, welcome to another Green Tech Thursday!

Nuclear energy is a very controversial form of generating electricity. Nuclear energy is very reliable and has no emissions. Nuclear power plants are also relatively cheap to run, so why are they controversial? Well, accidents such as the Chernobyl and Fukushima disasters have demonstrated that, if things go wrong, they can go wrong in a very bad way. Thousands of people lost their lives as a result of the radiation, which is why some people will be hesitant to be supportive of nuclear power. Nuclear power plants are also very expensive to make, which means that sometimes it’s not a financially viable option. What does that mean for small-scale nuclear reactors?

Small-scale nuclear reactors, also known as small modular reactors (SMRs), are—as the name suggests—smaller than their power plant cousins. This comes with many benefits (otherwise we wouldn’t be talking about it?)! One of the benefits is that these SMRs can be manufactured at factory locations, unlike the conventional nuclear power plants, which are, well, large power plants. The fact that they can be built in factories means that they can be much more cost effective. It takes about 12 SMRs to produce the same amount of power as a nuclear power plant BUT, SMRs require much less on-site construction, are much more flexible in their power production, produce less waste, have lower chances of radiation escaping, and are just as reliable (if not more)!

So how much power do 12 SMRs produce? Enough to provide electricity for 540,000 American homes, not people, homes. Considering that the average household had 2.54 people in 2019, we can assume that they provide enough power for almost 1.4 million people. So when can we see these guys hit the market? Great question. Some SMRs are already in use in Russia. In North America some designs are currently in the licensing phase, which means that soon (or relatively soon) we will see them being put to use.

Nuclear power might just be the future of energy, and the solution to a greener world for all of us! The technology is constantly evolving and will only become smaller and more efficient. Who knows, in 100 years our cars, planes, ships, etc. might all be powered by a miniature nuclear reactor! If you are not a fan of nuclear energy, don’t worry! There are many other forms of energy such as solar, wind, and wave energy, which will be just as important and widely used!

Thank you for reading once again and I hope to see you next week!

Dyson CSYS: A Light That Lasts