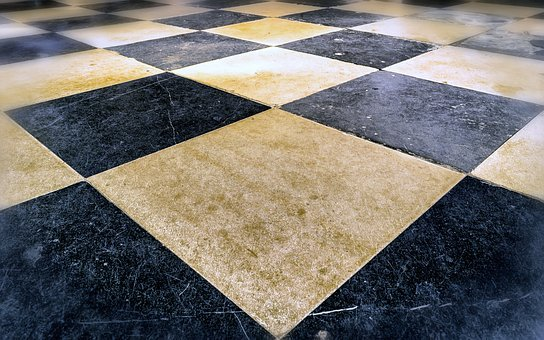 Today I will talk about Kinetic Tile Technology.

Kinetic floor tiles allow us to convert our steps into electricity! So how does this work? If you were thinking magic, you were wrong. Kinetic tiles work because certain materials will generate an electrical current when they are placed under mechanical stress by, in this case, being stepped on. This is called the piezoelectric effect!

Check out this video to see more on how it works: Youtube

Pavegen is a British company that has been working on this technology since 2008 and their tiles are able to generate an average of 5 Watts per step. To put this in perspective, that is enough energy to light an LED streetlight for ~30 seconds! Pavegen has used the technology to light up a football field in Brazil and Nigeria, so if you were wondering when we can see this technology being put to use, it already is!

Let’s talk about the practical uses. Kinetic tiles can’t be used on a grand scale like other renewable energy sources such as wind and solar because we can’t realistically make all floors kinetic in the hopes of generating as much energy as possible. However, what IS realistic, is implementing kinetic tiles in strategic, high-traffic positions to power street lights, malls, sport fields, etc. The cost of kinetic tiles by Pavegen is also not low enough for personal use, meaning installing kinetic tiles in your home will cost more than it’s worth. Currently, the cost of covering an average kitchen in the tiles would be around 6000 pounds. It is also important to mention that the tiles have a lifespan of 5 years. The good news is that the costs are rapidly dropping! A decade ago, covering the same kitchen would have cost close to 130,000 pounds!

If you think kinetic tiles could do with an upgrade before you’d think about getting them, you’re not alone! The future of renewable energy will consist of drawing from multiple sources at once, maximising energy production. The tech is still evolving, and will continue to do so for a long time. So what would that look like? Imagine a floor tile that harnesses the kinetic energy from your step as well as the solar energy from the sun (at the same time) to power your kitchen, your streetlights, and your city.

Thanks again for taking the time to read, have a great week.

2018 World Cup: which player would have produced the most electricity?

The Best New Green Energy Tech Could Be Right Underfoot

Energy Harvesting: Pavegen and the Rise of Kinetic Tile Tech

The Kingdoms of Life
Scroll to top